A strong interest in Gem Residences in Toa Payoh

If the plentiful expressions of interest received were anything to go by, the 578-unit Gem Residences at Toa Payoh would have been sold more than twice over. The 99-year leasehold project, comprising two tower blocks, is within walking distance of the Braddell MRT station.

Evia Real Estate, one of the consortium partners behind the project, yesterday said property agents have already collected 1,449 cheques as expressions of interest from prospective buyers a week before the project is launched for sale.


The showflat opens for viewing from today till Sunday. And in a move that deviates from the norm, the developers of Gem Residences are unveiling the pricing of all units to the public before the launch. Typically, developers provide only an indicative price range, and home buyers do not learn the exact price of their preferred unit until the balloting exercise during the launch.


"Currently private condo buyers go into the ballot room not knowing whether he has the unit, what the price is and what alternatives he has besides the unit," Evia Real Estate managing partner Vincent Ong said at a media preview yesterday.

In a move to make the process more transparent and to give buyers more time to consider their options, Mr Ong said prices of every unit - except the two penthouses - will be put up via detailed coloured charts at the showflat.


The prices on display are what Mr Ong called "VIP pricing", and will be valid for only one day on May 27, when booking for units starts. After that, prices will be 2 per cent more. The special price works out to an average of $1,426 per square foot, lower than the indicative pricing of $1,480 psf announced previously.


Mr Ong said the profit margin is about 9 per cent, and it is hoped the competitive pricing will drive sales. "Our plan is to sell it deep enough for the first day... Today, with the various cooling measures, if you don't sell enough, it takes a long time to move the balance of units." 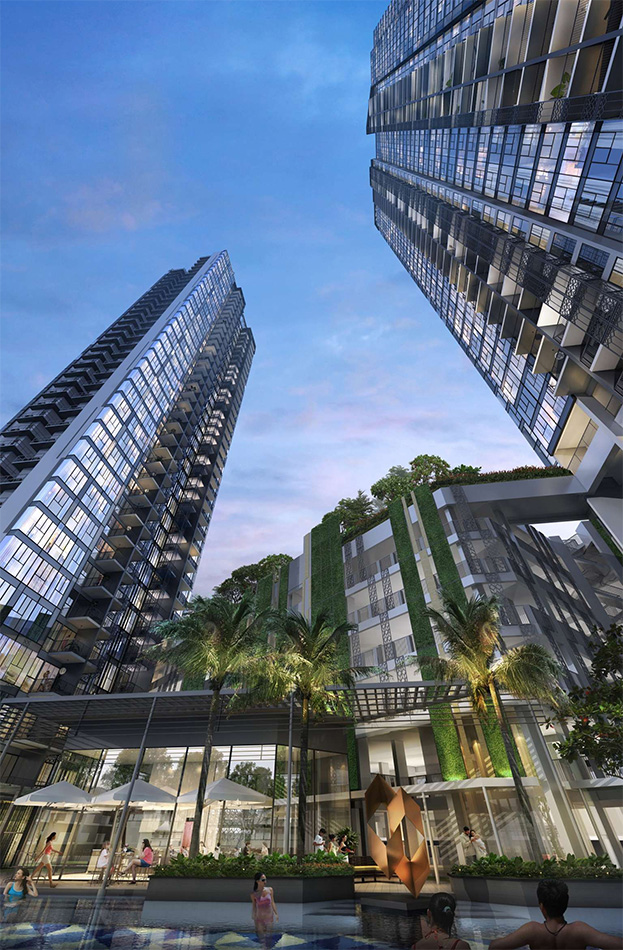 Based on a sample of 1,000 expressions-of-interest tracked by the developers, 73 per cent of them have HDB addresses. And of the 1,000 prospective buyers, the majority are keen on the one-, two- or three-room apartments. Close to 60 per cent of units are one and two bedders, from 452 sqft to 775 sqft. The three to five bedders are 936 sqft to 1,313 sqft.


Apart from Evia Real Estate, the other two firms which are jointly developing Gem Residences are Gamuda Berhad and Maxdin.