One glance from the 62nd floor of GuocoLand's Wallich Residence - with its commanding 270-degree view of the Singapore Strait, most of the country's skyline and famous landmarks - will underscore just why super penthouses like this are considered such trophy assets by the mega-rich.

It spans more than 21,000 square feet from the 62nd to 64th floors - akin to a "bungalow in the sky" - and features a swimming pool, cabana, jacuzzi room, bar, entertainment room, and its own private lift access to the Tanjong Pagar MRT station.

High-rise luxury penthouses in some of the most coveted addresses in Singapore have long appealed to well-heeled foreigners or permanent residents as they are not allowed to own landed property here.

Any penthouse will cost a pretty penny but Singapore's super penthouses are by definition rarefied pieces of real estate that attract only the uber wealthy like Alibaba co-founder Sun Tongyu and Facebook co-founder Eduardo Saverin.

But industry observers are divided over how this asset class will be affected in the wake of the stringent cooling measures that kicked in on July 6.

The new rules mean foreigners buying any property face a 20 per cent additional buyer's stamp duty (ABSD), up from the previous 15 per cent. At the same time, the loan-to-value (LTV) limits have been tightened by 5 percentage points for all housing loans granted by financial institutions.

Some maintain that buyers of such luxury condos are too rich to be affected while others say they are now checking out other overseas markets.

Previous rounds of cooling measures rolled out between 2010 and 2013 did not seem to dampen the euphoria generated by the two integrated resorts and the influx of "foreign talent".

In 2015, Mr Sun shelled out $51 million for a 13,573 sq ft luxury apartment on the top two levels of Wing Tai's Le Nouvel Ardmore - the highest amount paid for a penthouse here back then.

A new record was struck in 2017 by Mr Saverin, who picked up a 10,300 sq ft super penthouse with a cantilevered private pool at SC Global Developments' Sculptura Ardmore for close to $60 million, or around $5,650 per square foot (psf).

Market observers are now watching a new contender for the record - the Wallich Residence's super penthouse - in the light of the new cooling measures. Valued at more than $100 million because of its sheer size, the Wallich super penthouse - about six times larger than the project's regular penthouse - has attracted strong interest since the middle of last year. These have come from real estate magnates and billionaires from America, the Middle East, China, Hong Kong, Macau and Japan who made their fortunes in oil and gas and technology.

One of Wallich Residence's four penthouses, a 3,509 sq ft, four-bedroom property on the 58th floor, sold in June for $16 million ($4,560 psf) - the highest psf price paid at the luxury condo project so far and in the core central region.

No penthouse sales have been made since the new measures kicked in but inquiries remain strong. Post cooling measures, some buyers may take a longer time to commit in order to prepare another 10 per cent more cash upfront because of reduced LTV limits and increased ABSD.

The higher ABSD, some observers say, may give pause to foreign buyers, who account for the majority of penthouse buyers.

Some were already baulking at the 15 per cent ABSD. Chinese buyers have overtaken Indonesians and Malaysians as the biggest buyers of private properties here. But they were hit by China's tighter capital controls, and now, ABSD has increased to 20 per cent.

An analyst who declined to be named noted: "If the Wallich super penthouse is sold for $100 million to a foreigner, the ABSD he will have to pay is about $20 million. That is equivalent to the price of a good class bungalow."

It is difficult to ascertain if the new cooling measures have affected penthouse sales as their supply is limited and there were few transactions before the measures were imposed.

Some knee-jerk reaction is expected following the July measures. But investors are likely to return if a unique product that suits their requirements and objectives comes around.

Ultimately, their buying decisions are guided less by if and what they can afford, but more by if the product fits their needs, objectives and fancy.

Adapted from The Straits Times August 26 2018 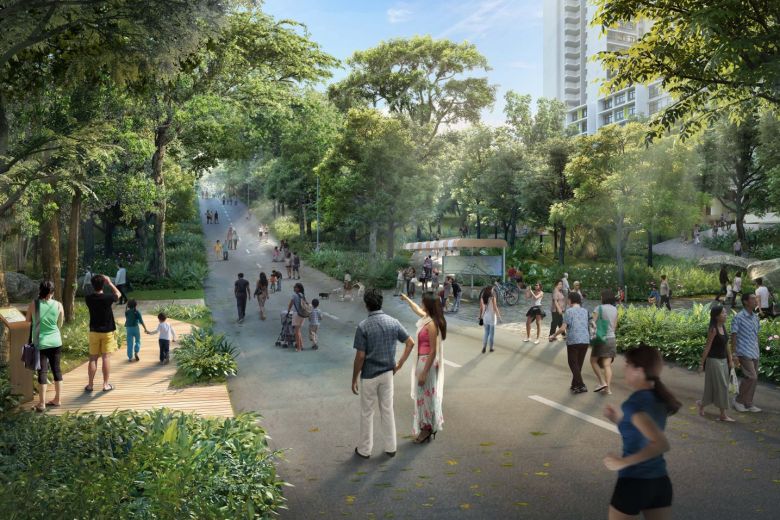