50 percent of Gem Residences sold in a day

50 percent of Gem Residences sold in a day.

Around 50 per cent of new condo Gem Residences was sold in a day, ahead of its public launch today. Such a successful sales result has not been seen in over a year, but experts noted that this likely reflected the appeal of this particular project.


"It's in Toa Payoh, where a launch hasn't taken place for some time. Toa Payoh is a very established, mature Housing Board estate and there is strong demand for new projects there," said Mr Eugene Lim, ERA Realty key executive officer. "The attractive pricing also played a part." 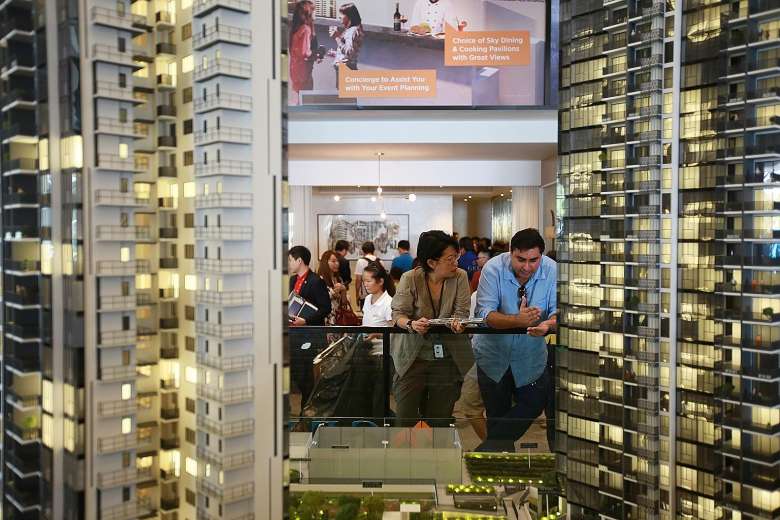 Mr Vincent Ong, managing partner of Evia Real Estate - joint developer together with Gamuda and Maxdin - said he was pleased with the response. Given the roughly 2,500 expressions of interest received so far, more sales should come through today, he added.

Prices at the project are lower than the over $1,600 psf for new Alexandra projects and over $1,500 psf for Bishan ones, said Mr Ong. "Today's market is a bit risky with Additional Buyers' Stamp Duty for developers and Qualifying Certificate issues. Some developers may wish to go for maximum margin, but it's a lot safer to price judiciously."

While one- and two-bedroom units were very popular, there was good interest as well for the larger units, with one of two penthouse units sold, the developers said. Prospective buyers were offered cash rebates of $7,500 to $10,000 during the VIP launch. The offer will be extended until tomorrow.

Interior designer Eugene Wu, 26, who bought a two-bedroom unit for $980,000, said the location was very convenient and the price was good. He had been looking for his first home for over a year.

Mr Lim of ERA Realty, which is jointly marketing the project with PropNex Realty, said: "From the sales performance, we can tell that buyers reserve their ammunition for something that would give them good value for money - in this case, the developer has put many features into the project and effort into marketing."


Another launch this weekend is Stars of Kovan by Cheung Kong Property. It sold about 60 of a total of 395 residential units at the VIP pre-sale last weekend.