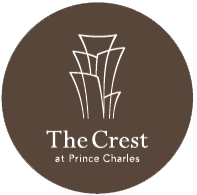 Wing Tai was founded in 1955 in Hong Kong and incorporated in Singapore on 9 August 1963. Today, Wing Tai Holdings Limited is Singapore's leading property developer and lifestyle company. Listed on the Singapore Stock Exchange since 1989, it is an investment holding company with a key focus on growth markets in Asia, with assets exceeding S$4.8 billion.

Wing Tai Asia stays true to its corporate philosophy of achieving winning partnerships with its business partners, customers and staff. Its commitment to building trust and long-term relationships has resulted in a strong track record of quality and an extensive portfolio of products. Its network of international investors, bankers and business associates enables Wing Tai Asia to harness expertise and resources for the most innovative projects across Asia.

Listed on the Mainboard of the SGX-ST in 1973, Metro Holdings was founded in 1957 by the late Mr Ong Tjoe Kim. Starting out as a textile store on 72 High Street, Metro has grown over the years to become a property development and investment group, backed by an established retail track record, with a turnover of S$187.1 million and net assets of S$1.1 billion as at 31 March 2013.

The Group operates two core business segments – property development and investment, and retail – focusing on key markets in the region such as the People’s Republic of China, Indonesia and Singapore.