Established in 1996, Logan Property is a well-renowned integrated real estate developer and was listed in the Hong Kong Stock Exchange in 2013. The Group has received a Grade-A qualifications in property development, general construction contracting and engineering design. Over the years, the Group has built a strong track record in building numerous residential properties in China and is well-known for its quality developments in the Guangdong-Hong Kong-Macau Greater Bay Area, having developed 250 million square feet of real estate.

To date, the Group is considered as one of the best property developers in China and has expanded its business to overseas markets such as Hong Kong and Singapore. Logan Property’s mission of ‘Building a Better Life’ has led to the creation of over 110 residential projects and has improved the quality of over 500,000 lives. Logan Property has been awarded The Typical Projects of China Real Estate Developers Award from 2016-2018 for its work on the Great Bay Area of Guangdong-Hong Kong-Macau. The Group was ranked 29th in the China Top 100 Real Estate Developers, 4th in Top 10 Most Profitable Companies and 295th in Fortune China’s Top 500 Enterprises in 2017 - a testament to Logan Property’s expertise and continuous commitment to excellence.

With over 30 years of sustainable development, Nanshan Group is known as a highly-diversified conglomerate with operations in aluminium, textile, finance, tourism, aviation, health & wellness, education and real estate. In 2017, the Group ranked 165th in the Top 500 Chinese Enterprises and the 68th in the Top 500 Enterprises in Chinese Manufacturing Industry by virtue of its comprehensive strength. The Group has expanded its presence in various countries such as USA, Australia, Italy, Indonesia and Singapore.

Since 2013, the Group started its property developments and investments in Singapore, which include Park Regis Hotel at Merchant Road and Mercure Singapore Bugis at Middle Road, Tai Seng Centre for premium industrial offices and Harper Point for modern central kitchens, and Thomson Impressions, which was awarded the Best High End Condo Development in SEA Property Awards 2016. 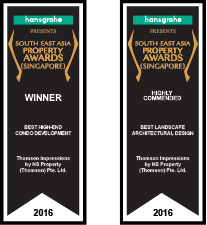 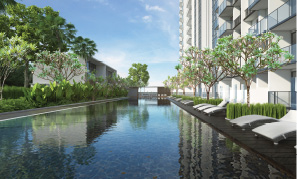 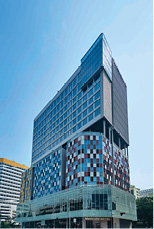 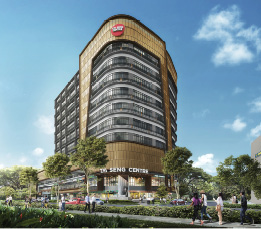