Forest Woods had over 2,000 visitors over the weekend

Forest Woods had over 2,000 visitors over the weekend.

THOUSANDS of potential buyers thronged the showflats of private condominium projects Forest Woods and The Alps Residences over the weekend when they were first opened for preview.

MCC Land's spokesman said some 6,000 visitors were recorded over Saturday and Sunday, attributing this to a lack of new condo launches in Tampines since the launch of The Santorini, also a MCC Land project, in 2014. 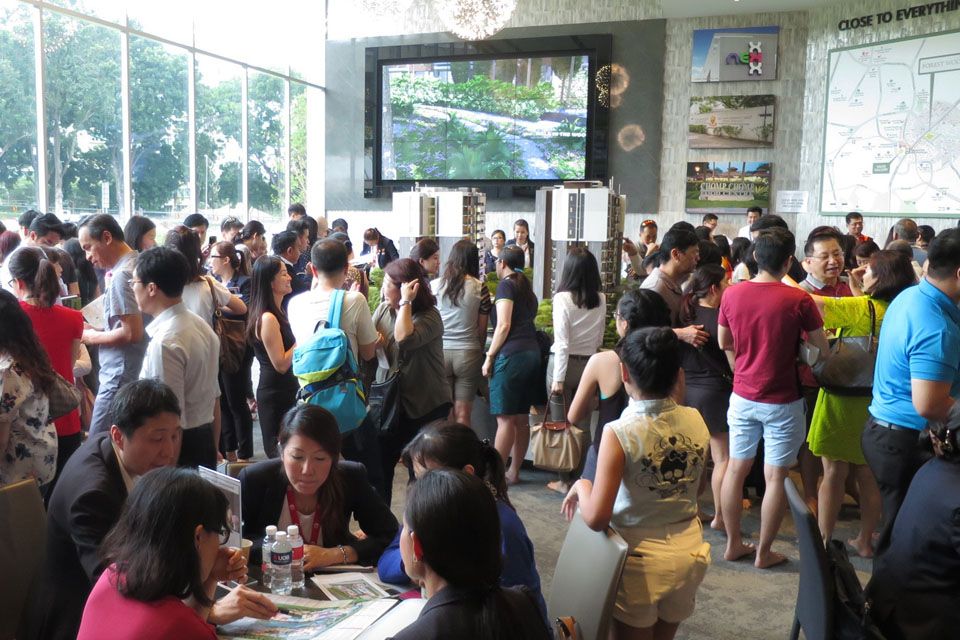 More than 2,000 visitors visited the showflat of Forest Woods in the first weekend alone, a spokesman from City Developments Ltd (CDL) said. The project by CDL and its partners Hong Leong Holdings Ltd and TID Pte Ltd is said to be priced at an average S$1,300-1,500 per square foot (psf), according to agents. Nearly one- third of the units are likely to be priced below S$1 million.

A substantial number of cheques have been collected as expressions of interest for both projects but there are no official counts yet by the developers.

The strong turnout at the two showflats exceeded the expectations of market watchers, who had anticipated keen interest for the projects based on location and pricing.

"If these are translated to actual bookings, we believe they can be seen as a signal of further stabilisation in property prices," said DBS analysts in a note this week. "The property sales volume next month could be an interesting data point to note."

RHB analyst Vijay Natarajan said the strong turnout at the Forest Woods showflat suggests that there is a "dual-track property market" where some new launches will stand out amid an overall lull in the residential market. "In comparison, developers with unsold units in older launches are finding it hard to compete."

Its location is seen as a major advantage given its proximity to NEX shopping mall and the MRT station. All eyes are on how sales will perform at Forest Woods given the involvement of Singapore's three largest agencies - ERA Realty, PropNex Realty and Huttons - as official marketing agents.

As for the 626-unit The Alps Residences, some 80 per cent of the units (including 1, 2 and 3-bedroom units) are priced below the S$1 million mark. This project will begin sales on Sunday, likely one week ahead of Forest Woods.